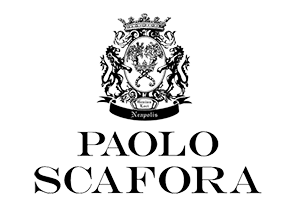 The artisanal story of the Scafora family starts in the outskirts of Naples in 1956. Since then designing and manufacturing high-end shoes, either ready-to-wear and bespoke has been the focus. Gennaro Scafora was the eldest of eight children and born in 1942 in Naples. Founder of Paolo Scafora, taking the name from one of his sons, Gennaro was a workshop apprentice in the Industrial Neapolitan alleys of the fifties. He immediately developed talent and passion for the shoe craftmanship and passed his skills to his younger brothers. In the seventies, he starts up a small workshop of the production of leather soles. His passion, efforts and constant drive were rewarded. His son, Paolo Scafora, learned the secrets of the master craftsmanship and became the driving force taking the Paolo Scafora brand on the next level. The shoes and coordinated belts are totally handcrafted by the skilled master artisans sharing the values; passion, dedication and perfection. Precious leather such as French calf, American alligator and cordovan. Every shoe is hand-stitched in accordance of the traditional shoe constructions; Bologna, Goodyear and Norwegian. Each creation is handpainted with unique and sophisticated antique colour effects, also better known as “Anticato”. The crafting of all pairs is divided by a harmonious team, all with their own skill of excellence. The Paolo Scafora Napoli logo embodies the roots, the tradition and Neapolitan pride of a family-run firm. The heart of the logo is the coat of arms of “Terra di Lavoro” (Land of Work), former Province of the Kingdom of Naples, described by the historian Scipione Mazzela in his “Descrittione del regno di Napoli”(1601). In the middle there are two carnucopias encircled by a royal crown and filled up with products of “Campania Felix”, the region celebrated in Ancient Rome. In this logo, the coat of arms two rampant lions has been added, symbols of strength and bravery. At the bottom, there are two inscriptions: “Genius Loci”, the supernatural entity protecting the territory and the hard work of the local communities; “Neapolis”. The beloved city of Naples preserving an incomparable craftmanship tradition century after century. Passion, elegance and pursuit of perfection are created over time and made to last forever. .